Messing about with the 'detailed' tab on Whoscored can be quite interesting and that you can separate out details into 15 minute segments of games allows us to look at rates for different parts of a game.  What do teams do and when do they do it?  I'll present these generally as informative with a little light analysis where I feel something is relevant but having looked at it, I've not the time to make much more of it, so take what you can. 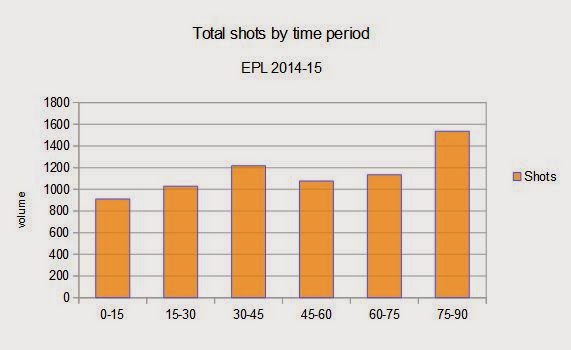 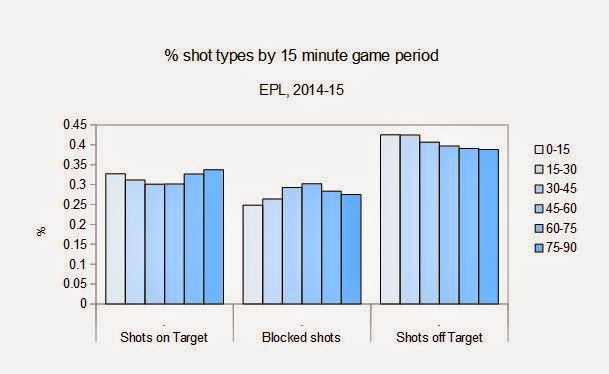 Percentage of shots in each half 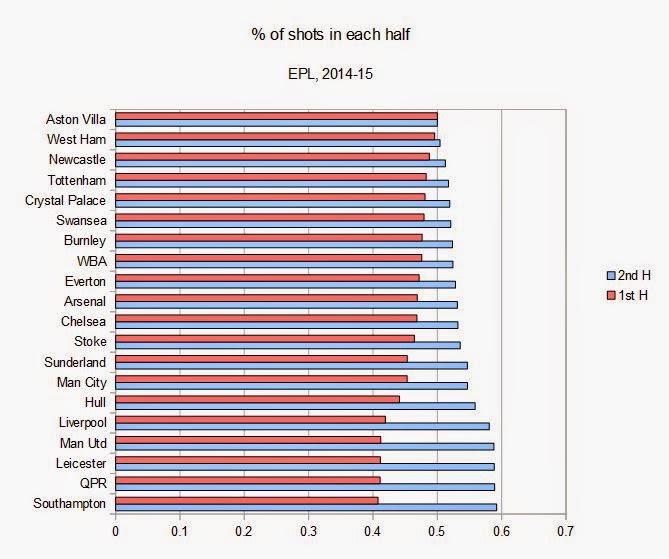 Percentage of shots in first 30 minutes

Who tries to start fast? 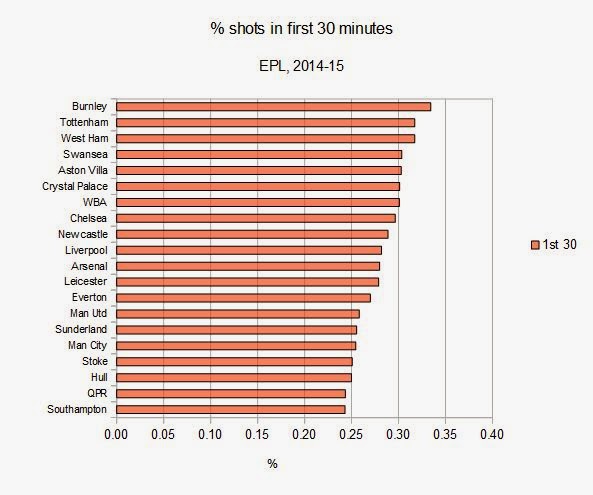 Percentage of shots in last 30 minutes 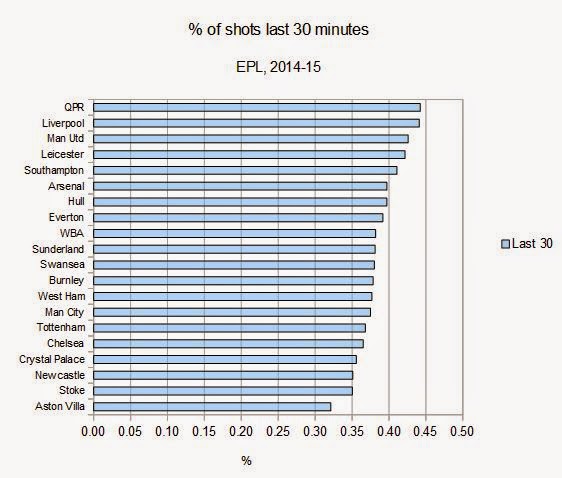 On target related to blocked shots

I've got a loose working theory that a blocked shot can be attributed to some degree to poor choice from the player, at least over large samples.  In contrast, 'on target' shots have been shown at team level to be of high value, repeatable and predictive.  Somewhat closer to a blocked shot in terms of value would be an 'off target' shot, I imagine a high degree of variance in 'value' dependent on how far off target the shot is.  Anyway just thoughts, but from this, I posit that a team that finds a low percentage of its shots blocked may be taking 'smart' shots.  It may be refusing a poor value, likely-blocked shot and continuing to keep possession, only shooting when sufficient space becomes available.   So we have a simple measure, the difference in percentage points between a team's rate of 'on target' (smart) shots and 'blocked' (stupid) shots. 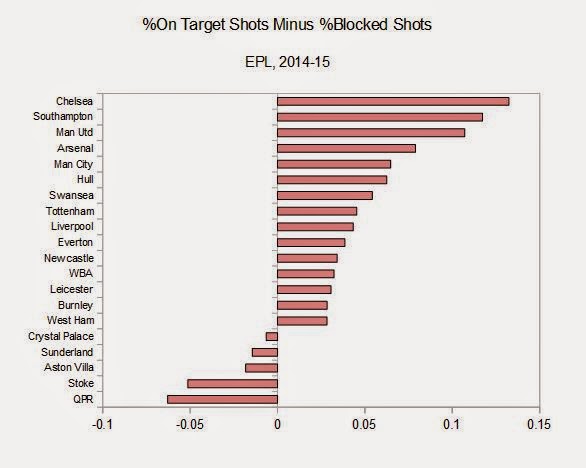 So just a quick post, bit of food for thought?

I've got an article on '"Arsenal, Score Effects and a Season Of Two Halves" up at Statsbomb, give it a whirl!
The weekly column resides over there now too.
Posted by The Big Ripple at 04:06 No comments: