I've been messing about with a few World Cup things, mostly just foir the fun of it & posting them onto Twitter but obviously if you arrive here from elsewhere you'll have missed them, so I thought i'd collate a few bits and pieces here.  Enjoy! 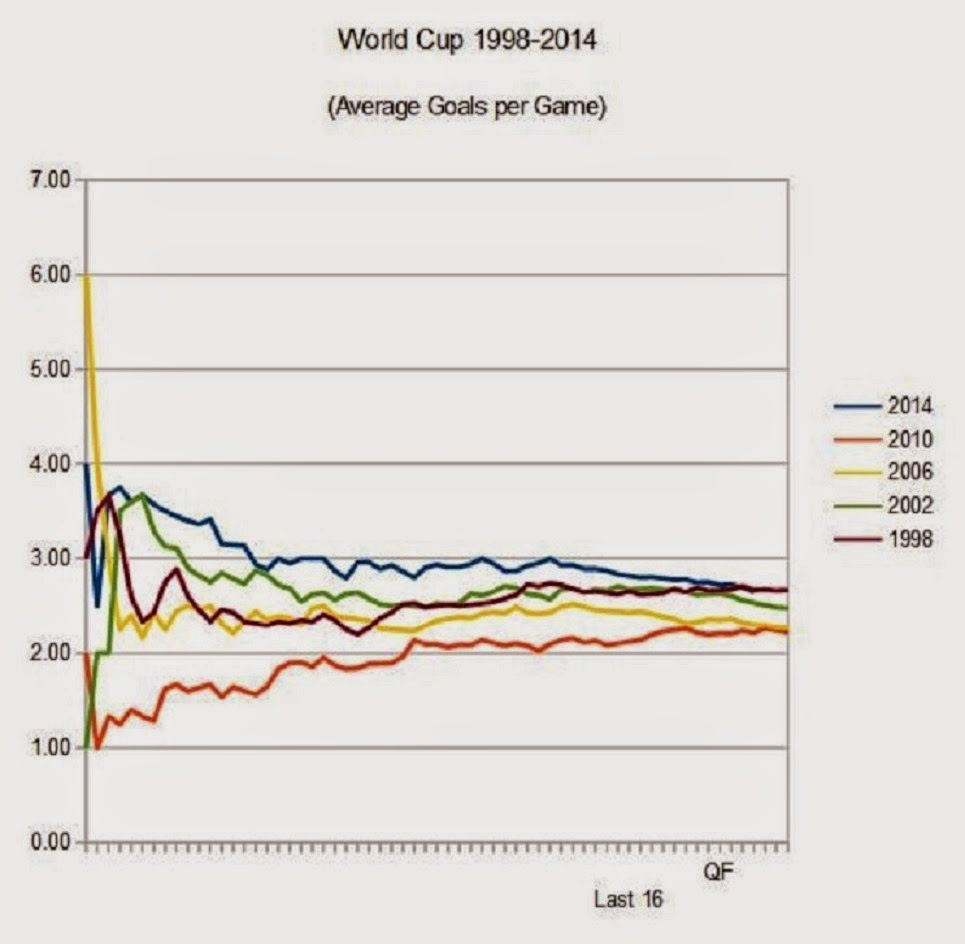 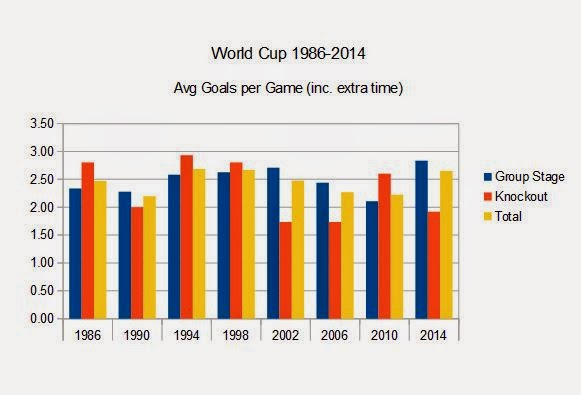 Thoughts:
Apart from the obvious reason that there have been lots of goals, I feel the public is desperate to hail a World Cup as being great; after all, it's been a while since a World Cup has been undeniably great.  1998 was a pretty good tournament but 2002 suffered from early morning starts in the Americas/Europe and missed a lot of big matchups. 2006 & 2010 suffered due to a lot of pragmatic football (2014 is going that way as I write) and a general lack of goals (bordering on 1990 levels, which was catenaccio & foul central).
Plus being held in Brazil created a general expectation.  So throw in excellent start times (afternoons/early evenings in the Americas, evenings in Europe), crazy hot conditions, a truckload of goals & some big scalps early on and you can see why everyone got excited.
Sadly the goals have dried up & I was most particularly disappointed with the Germany v France match (Argentina v Belgium wasn't much better).  Beyond that, there have been good levels of tension & on the whole, I think it just about passes as a 'good' tournament, though if it carries on averaging barely over a goal a game for the last 3 matches, I reserve the right to revise that opinion.

2. Conversion Rates (League vs World Cup)
Total experiment this one, with a little creative licence where data was absent (Sneijder's number stands out here!) but the intent was to see who turned up with their 'A' game and who left it in the mists of mid-winter back in their league. 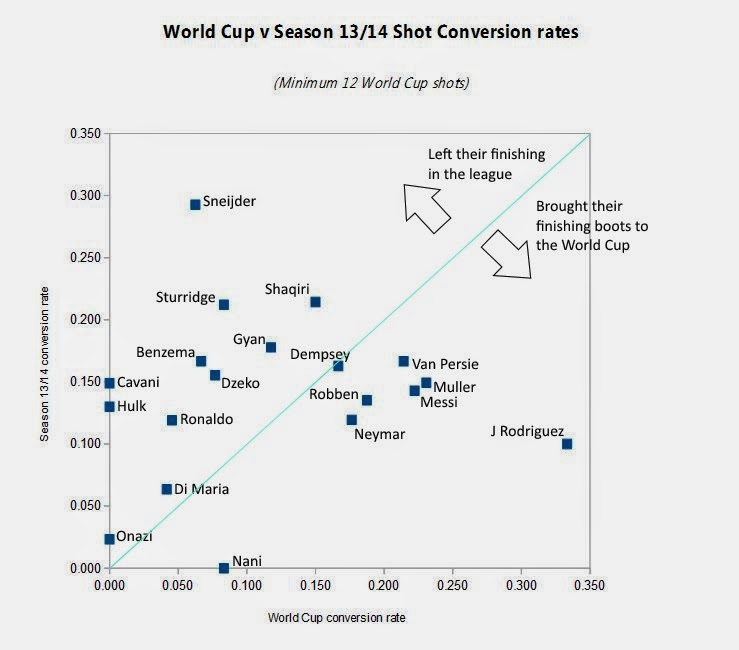 No surprise: James Rodriguez is your main man.
Bonus points for Dempsey being the premier example of a solid contributor come rain or shine. 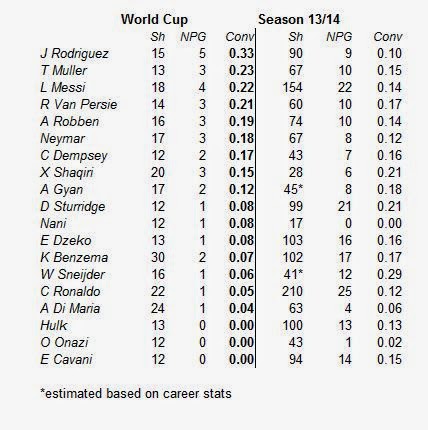